This draught board was retrieved from the Anchor pub before it closed by George Sharp, whose father drank there. The pub’s abstemious landlord in the 1930s was Fr. Basil Jellicoe, who believed the pub was his ‘pulpit’, the Anchor may have been the first ‘gastropub’. With Edith Neville, Jellicoe reformed not only housing for the poor; but also pubs – once the preserve of working men – by bringing in food. It worked since pubs were by the 1960s the meeting place for whole families on Sunday afternoons in Somers Town.

Games were played: draughts, darts obviously, cribbage, dominoes and cards.  “Shove Ha’Penny’ was played seriously in teams on tours, backgammon, less commonly, though the Anchor did have a board; and, in some places, Barry Purchase tells of “mirrors on the ceiling so that the crowd could see the board”.

Games were taken seriously; especially card games such as poker and rummy: “guys I knew – on Friday evening after they’d finished work, and they’d still be there on Sunday evening, and not go home.  Two days’ growth and asleep on the seats.”

But dice was played outside, as gambling was not officially allowed: ‘against the Cock Tavern wall’ as local Paul Lowne recalls.

Photo of George Sharp Father in The Anchor 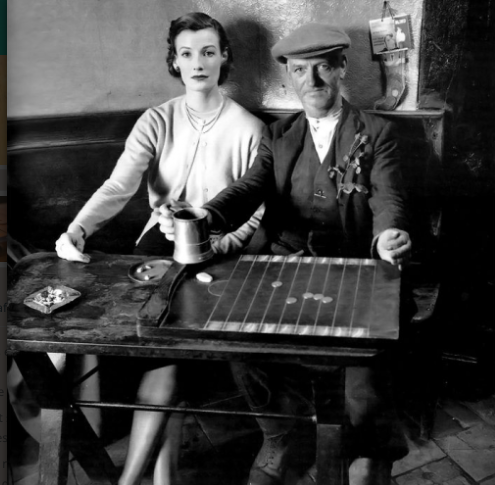 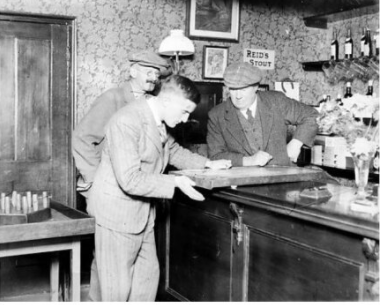